Welcome to the 35th episode of Digital India Podcast on FIR Podcast Network. This show is ‘Weekly Updates’ brought to you by staff and students of Web Marketing Academy. 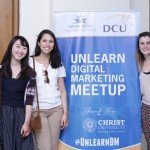 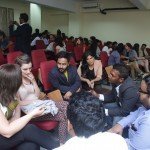 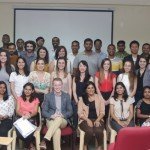 Facebook immersive Canvas Mobile Ads is a new experience which allows advertisers to use a mix of videos, photos and other elements in ways that allow them to showcase their company, product or service the way they want. The full screens ads on the FB mobile app are better than the website itself because they area native to FB, hence performance is better and interactivity is high.

Facebook Inc’s market value soared by $38 billion in morning trading on Thursday, vaulting the company ahead of Amazon.com Inc, after the social networking service’s quarterly results blew away expectations on every key measure. (http://economictimes.indiatimes.com/articleshow/50759171.cms?utm_source=contentofinterest&utm_medium=text&utm_campaign=cppst)

“FB has built a remarkable ad platform that enables marketers of all stripes to serve targeted ads to nearly every consumer on the planet,” Jefferies analysts wrote.

Facebook said it had 1.59 billion monthly active users as of Dec. 31 – about one in every four people in the world. Mobile ad revenue accounted for 80 percent of the total ad revenue in the quarter compared with 69 percent a year earlier.

Flipkart will start exchange programs starting with TVs and smartphones

The Bengaluru-based company is launching an exchange programme, starting with smartphones and television sets, that it expects will drive 20% of the sales in these categories by the end of this year.

·         Devil is in the details. Successful implementations have made 2015 the year with highest number of new cooking gas connections to rural poor, production of ethanol as blended fuel, quantity of cargo handled at ports, output of coal & electricity, railway capital expenditure.

o    Higher efficiency in allocation of resources – both material and human.

o    Creation of new opportunities for citizens to progress.

·         Politics of empowerment – financial inclusion programs such as the one run by govt. that brought over two hundred million unbanked people into the banking system. today these accounts have a balance exceeding over 4 billion dollars. They have been issued debit cards. India is now one of the few countries where the market share of an indigenous credit card brand exceeds 33%. Farmers have been given crop insurance and soil health cards.

·         programs ranging from MUDRA to Start Up India and Stand-Up India provide opportunity to the hard working and to the enterprising. In so doing, we have placed special emphasis on Scheduled Castes, Scheduled Tribes, Other Backward Classes and women.

·         A key initiative for urban transformation is the Smart City Mission that will involve:

o    Transparent auctions have cleaned up the natural resources sector

·         identifying unnecessary laws and repealing them. 1,827 Central laws have been identified for repeal. Out of these, 125 have already been repealed.