After more than a decade of continuous podcasting, FIR co-founder Neville Hobson is taking a break, recharging his batteries during the month of June. To fill the gap, hosts of other FIR Podcast Network shows will join Shel Holtz as guest co-hosts of the next four episodes of the Hobson & Holtz Report. 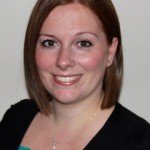 Episode 811 will feature All Things IC host Rachel Miller. It will be great to hear Rachel’s voice; she has been on maternity leave since delivering twins on Christmas Day 2014. In addition to the rundown of news, Shel and rachel will talk about internal communications, motherhood, and what listeners can expect on All Things IC in the months ahead. You’ll be able to hear the episode beginning Monday, June 8.

FIR B2B co-host Paul Gillin will join Shel for episode 812 on Monday, June 15. Paul and Shel will cover the latest reports of interest to communicators with a focus on business-to-business communication, customer support, and other topics that occupy Paul’s attention. Paul and Shel will also talk about upcoming episodes of FIR B2B and his relationship with his new co-host, Eric Schwartzman. 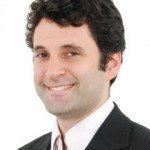 On June 22, Kevin Anselmo will join Shel for episode 813. Kevin hosts Higher Education, a podcast aimed at communicators working for colleges and universities. Kevin and Shel will talk about the preparation Kevin puts into his show and some of the guests he has lined up for future episodes.

We’re still lining up the guest co-host for June 29; we’ll make the announcement here when we confirm the FIR host will will join Shel for episode 814.

Each episode will also include reports from our regular correspondents, listener comments, and other material you’ve come to expect from The Hobson & Holtz Report.