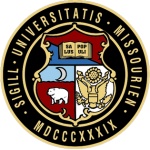 It has been a very difficult last couple of weeks for the University of Missouri as the school has been in the headlines for all the wrong reasons.

African American students led protests because administrators were slow to respond to various safety issues raised. Things seemed to come to a culmination following negative student encounters with University President Tim Wolfe. One graduate student went on a well-publicized hunger strike and a group of football players threatened to not participate in a game. Ultimately, Wolfe and Chancellor Bowen Loftin stepped down.

On episode 45 of FIR on Higher Education, host Kevin Anselmo shares thoughts on what spokespersons and administrators who communicate during times of crisis can learn from what has happened at the University of Missouri. This analysis is based on his guest post for Inside Higher Education.

(This episode of FIR on Higher Education is a bit different from the normal interview show format. It would be appreciated to hear from listeners if mixing up the show and doing more in-depth reports from time to time would be of interest or not).

Kevin Anselmo, host of FIR on Higher Education, is the Founder and Principal of Experiential Communications and the creator of the Media Training for Academics program. He helps brands within academia – whether individual or corporate – communicate with stakeholders. Full bio

If you enjoy the For Immediate Release on Higher Education podcast, please considering leaving a review and rating on iTunes.